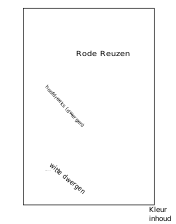 English: Image files in this category use certain features from the deprecated SVG 1.2 draft, which are unsupported by the current (as of 2018) SVG converter in the wiki engine. (Note that the "SVG 1.2 Full" specification was never finalized or adopted as a standard. Only "SVG 1.2 Tiny" is an actual standard.)

Inkscape is known to use these. Most noticeable problems are caused by flowing text and graphics extension. When a path is interpreted incorrectly inside a <flowRegion> element, a filled bar appeared on the image, you can update the picture with ?action=purge after the URL, and then nothing appears. If you want the text to appear, you can convert it to text[1]. It would hide noxious billets from the end user meanwhile preserving the flow feature for software that understands it properly. Wherever text flow is mostly not necessary, <flowRegion> text can be converted to <text> text[1]. Look for various examples in category: Images restored by SVG cleanup.

If nothing else helps, a raster copy should be uploaded for use in Wikimedia projects.

This category has only the following subcategory.

The following 69 files are in this category, out of 69 total.